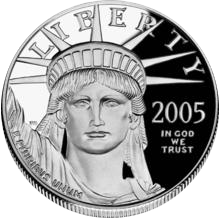 Platinum is derived from the Spanish word, Platina, which translates as “small silver”. readily dissolves in aqua regia and slowly dissolves in hydrochloric acid in the presence of air oxygen or hydrogen peroxide. Together with osmium and iridium, it is one of the elements with the highest known density.

The use of platinum in industry

The ability of platinum to absorb significant volumes of hydrogen gas is of interest to industry. Platinum also exhibits considerable catalytic properties, both in compounds and in metal form. Due to its mechanical properties and chemical resistance, platinum, and in particular its rhodium and iridium alloys, is used to produce resistant chemical utensils for the decomposition of samples by melting or high temperature combustion. In the glass industry, it is a basic material for special furnaces to produce optical fibres.

In the chemical industry, platinum and especially its compounds are used as a versatile catalyst in a number of organic syntheses. The catalytic properties of finely dispersed metal platinum are also used in autocatalysts for removing unwanted substances from the exhaust gases. In the pharmaceutical industry, complex cis-platinum compounds are the basis of very potent cytostatic drugs, i.e. cancer suppressing agents. Production of thermocouples for the precise measurement of high temperatures based on platinum-rhodium alloys is widespread. The main use of these types of thermocouples is in the glass and metallurgical industries.

The use of platinum in jewellery is significant, yet as a metal it is not used as much as gold and silver. Its hardness makes it more demanding to work with. It is mostly used in combination with diamonds and for wedding rings. The metal itself symbolises the strength of the marriage bond.

Platinum as an investment instrument