Why invest in gold?

Home Products and services Investment gold Why invest in gold?

Gold is undoubtedly the most widespread commodity that serves as a store of value and has therefore been used as a globally recognised means of payment for a long time.

Investing in gold is a time-tested way to protect money against inflation and economic crisis.

The physical properties and scarcity of this precious metal have given it a stable position in the investment portfolio of investors around the world.

Gold, whether in the form of jewellery (55% in the world) or investment bars or ingots (32%), guarantees the investor a safe way to deposit money and see it appreciate in value. 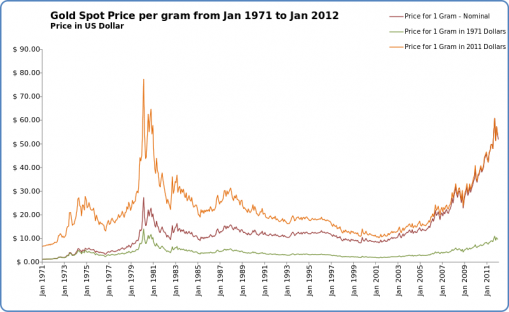 Another guarantee supporting a decision to invest in gold is that demand almost doubles supply. Whereas average annual mining production over the last five years did not exceed 2,400 tons, demand for this commodity is around 3,900 tons per year The higher demand for gold therefore guarantees its value, especially in times of crisis, when money loses value and investment in securities is highly unstable.

Gold as a hedge against inflation

During the 20th century, economies around the world were struggling with dozens of episodes of hyperinflation, which led to currency depreciation and a loss of all savings among the population. But gold and silver kept their value. As with diamonds, a small amount of this metal that can fit into a cigarette case is enough to enable you to easily carry around anywhere you like several tens of thousands of pounds.

Although, especially in the Middle Ages, people have tried to make gold through transmutation from other metals, especially from mercury, they never succeeded. Its rarity is thus ensured by the fact that its quantity worldwide is limited. In the last 15 years, the number of unexploited gold reserves has declined critically. With increasing demand, gold reserves are projected to fall to a critical level over the next 10 years.

Since the economic crisis, the central banks of world economies are exchanging their gold reserves for reserves in US dollars, which is losing its value. Therefore, investing in a financial portfolio or unstable stock markets is becoming increasingly risky.

Money backed with gold has existed for over 2,500 years. Since the gold standard was abandoned in 1971, money has constantly been depreciating.