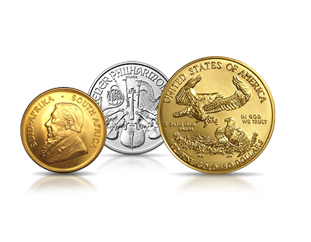 Gold investment coins have recently been seen as one of the most popular and safest investments. These coins are minted by state-controlled mints and their fineness is in line with the legislation of most states.

But coins have been in our lives for thousands of years. According to historians, the first gold coins (at that time with a range of fineness) were minted by Egyptian pharaohs somewhere around 2,700 B.C. for ceremonial and commemorative purposes, much like other coins and medals made of gold from other periods and parts of the world. Then, in the sixth and fifth centuries B.C., gold coins in a primitive form with the fascinating Yin Yang symbolism also appear in China as a medium of exchange to expedite trade.

The first standardised production was initiated by King Pheidon of Argos around 700 B.C., but only many centuries later, under King Croesus, the ruler of Lydia (560–546 B.C.), did the first minting of gold coins with the same fineness and weight occur. These would have entered normal circulation as a means of payment in the course of trade.

Since then, gold coins have appeared in different forms as a primary means of payment. This lasted until the beginning of the 20th century, when most countries (as a result of the global economic crisis) abandoned the so-called gold standard in the 1930s, which practically meant that the minting of golden coins was stopped as a means of payment.

In the 1970s, gold coins celebrated their return as legal currency. These gold coinshowever, are no longer intended for normal circulation, but are systematically minted for investment, collector and numismatic purposes. Currently, gold investment coins are probably the most popular investment. Not only because they are beautiful, but their value has either held steady for decades or else has risen.

There are dozens of different gold investment coins available on the market, but only eight of them are accepted worldwide as a means of payment and hence are among the most famous and sought-after. These are the Maple Leaf (Canada), Kangaroo (Australia), Krugerrand (South Africa), Gold Panda (China), Libertad (Mexico), Britannia (United Kingdom), American Buffalo (USA) and of course the Austrian Wiener Philharmoniker, which is currently the world’s best-selling gold investment coin.